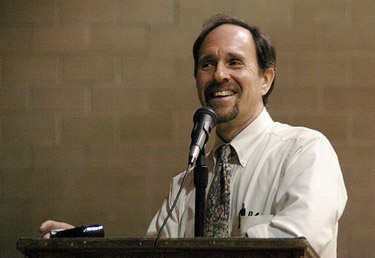 Dr. Brad Sachs is a psychologist, educator, consultant and best-selling author specializing in clinical work with children, adolescents, couples, and families, in Columbia, Maryland, and the Founder and Director of The Father Center, a program designed to meet the needs of new, expectant, and experienced fathers.

His tenth and newest book, entitled THE GOOD ENOUGH THERAPIST: FUTILITY, FAILURE AND FORGIVENESS IN TREATMENT, was published in November, 2019.

His most recent previous books were FAMILY-CENTERED TREATMENT WITH STRUGGLING YOUNG ADULTS: A CLINICIAN'S GUIDE TO THE TRANSITION FROM ADOLESCENCE TO AUTONOMY and EMPTYING THE NEST: LAUNCHING YOUR YOUNG ADULT TOWARD SUCCESS AND SELF-RELIANCE.

He is the author of numerous other books, including WHEN NO ONE UNDERSTANDS: LETTERS TO A TEENAGER ON LIFE, LOSS, AND THE HARD ROAD TO ADULTHOOD, which was based on his between-sessions correspondence with a suicidal adolescent whom he was treating; and THE GOOD ENOUGH CHILD: HOW TO HAVE AN IMPERFECT FAMILY AND BE PERFECTLY SATISFIED, which was named as an Editor's Choice by Amazon.com and became its best-selling parenting title that year. It was featured on NBC's The Today Show, and was excerpted in Family Circle Magazine.

He has also written THE GOOD ENOUGH TEEN: HOW TO RAISE ADOLESCENTS WITH LOVE AND ACCEPTANCE (DESPITE HOW IMPOSSIBLE THEY CAN BE) and THINGS JUST HAVEN'T BEEN THE SAME: MAKING THE TRANSITION FROM MARRIAGE TO PARENTHOOD, which was named one of the Top Five Books for New Parents by Child Magazine. His books have been translated into numerous languages, including Spanish, Portuguese, Chinese, Japanese, German, and Danish.

Dr. Sachs regularly writes articles on family life for magazines such as Redbook, Parenting, Parents, Child, and American Baby, is renowned for his creative and innovative treatment of children and families, and has lectured and led seminars and workshops both nationally and internationally. He has been interviewed on over three hundred radio and television shows, including The Today Show, 20/20, The Montel Williams Show, The Sally Jesse Raphael Show, and The Diane Rehm Show.

His original poetry has been collected in IN THE DESPERATE KINGDOM OF LOVE: POEMS 2001-2004, and BLIND DATE: POEMS OF EXPECTANT FATHERHOOD, and the recently published WHY AM I TELLING YOU THIS? : POEMS FROM PSYCHOTHERAPY.

Dr. Sachs is also a composer and performer, most recently releasing HARD TALES TO TELL, a cycle of sixteen original songs based on the stories his patients have told him. Other recording projects include OPENING DAY: SONGS OF EXPECTANT FATHERHOOD, LOVE SO HARD: SONGS OF MARRIAGE, and the soundtrack for the NPR series on minor league baseball, APPALACHIAN ALMANAC.

He is a graduate of Brown University, where he met his wife, Dr. Karen Meckler, a psychiatrist and medical acupuncturist, and together they have raised their three young adult children and assorted rescue dogs in Columbia, Maryland.